Shopify is one of the largest online platforms for e-commerce. At last count there were over 600,000 merchants using the platform to sell everything from Drew Barrymore’s cosmetic line to really cheap school supplies. One of the reasons that there is such a diverse and large number of merchants on the platform is due to the Shopify’s Apple-esque approach to their platform: make it easy enough for anyone to use, but include the power and tools to keep even the most advanced developers happy.

For new merchants on a budget, starting a new shop is as simple as choosing a look-and-feel for the site (a Shopify Theme) and simply customizing its elements. Themes are available from the Shopify Theme Store as well as third party sites, like themeforest.net. While choosing a theme from a third-party site increases the options for would be merchants and is generally lower in cost, the Shopify themes (themselves developed by third parties) are vetted by Shopify to ensure quality, ease of use, etc. Essentially, Shopify’s Theme Store like their App Store provides merchants with a walled garden for themes and apps in a similar way that Apple’s App Store provides vetted apps and is usually a better choice for those that aren’t power users. As a new merchant, you may want help with creating your site, hire a Shopify developer to take your business to the next level.

The theme files are editable by experienced developers, giving the ability to really customize any theme to any level desired. For this reason, we at BlueSwitch tend to choose themes from the Theme Store as well as from third parties. We can (and have) used the exact same theme for two different businesses, and by customizing the code, have ended up with two completely different looking sites. For example, high-end footwear site ToBoot and Tobii Dynavox’s Boardmaker site share the same underlying theme but look and function differently on the front-end.

Shopify theme pages are a mixture of regular HTML, CSS, Javascript but with the addition of Liquid code. Liquid is Shopify’s scripting language that bridges the gap between the front-end HTML and Shopify’s backend and data. While Liquid is relatively easy to pick up, it really shines as developers gain experience using and implementing it. That being said, it’s important to note, as with any editing of code, if you do something wrong, you have the potential to really mess things up. Shopify themes generally use a specific structure and pages and functionality are compartmentalized. Editing just a single line of code in one file can have site-wide repercussions, since as with other platforms and server-side web development application frameworks, single pages of code are used to generate many resulting HTML pages. For this reason, it’s crucial that any advanced development work is done by developers experienced with the essentials, (HTML, CSS, Javascript) but more importantly with Liquid and the Shopify platform and theme files. For any work that requires advanced development, hire a Shopify developer that can help you with the layout and functions that you want.

Of course there is much more to be said about front-end development with Shopify, such as working with Sections, which allows developers to set up pages with sections of content that can be easily customized and configured later by non-developers. Sections is a powerful way to quickly roll out easy to use CMS pages and is a great way to keep code organized as well. Additionally, there is the Shopify API itself, which gives developers under-the-hood access to literally everything Shopify stores in its data warehouses for each merchant. Any advanced development would necessitate developers that are familiar with both of those as well.

For these reasons, one of the best ways to find and hire the right developers is to not just interview and reference them. It’s also important to look at their past work. Have they customized themes before? If so, you should be able to see examples and ask them to describe specifically how they customized them in code. Have they worked with the API before? If so, in what capacity, and look at examples and example code. Due diligence beforehand will pay off later when it comes to quality and stability.

Do you have a project that needs front-end development? Hire a Shopify developer at BlueSwitch and we can help!a 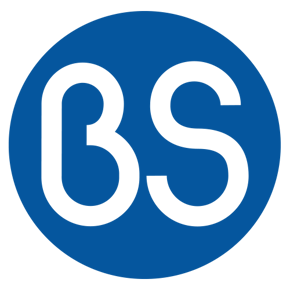 What is Shopify? | Shopify Web Development

When deciding to open an e-commerce site, the first question most business owners ask is “Which platform should I use?” It can ...
Start Reading
BlueSwitch 1/9/2017 4 min read

Over the past decade, access to mobile devices and the Internet have continued to increase, becoming a part of our everyday ...
Start Reading